The Bee-Bot remains one of the most popular floor robots in use in special schools, being simple to use and robust. Some difficulty can arise with understanding the directional language and relative direction of the robot. 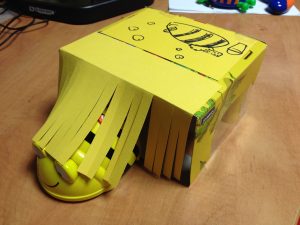 For students working at lower levels:

For students starting to learn about programming:

The Blue-Bot can be used in place of the Bee-Bot for any of the above activities. It is good for use with older students, as it looks less babyish. It’s main difference is that you can use it with an iPad app, which uses Bluetooth to communicate with the bot. The app can be used for planning out programs, setting challenges, and extending learning with loops and 45 degree turns. 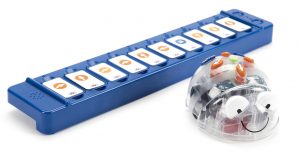 TTS have also created the TacTile Reader for students to create the program using command tiles, which can then be sent to the Blue-Bot.

The Pro-Bot has all the functionality of the Bee-Bot, but in the form of a car. It also has a display where you can see the program being entered (in the form of Logo commands – useful for a bridging activity). You can use repeats on the Pro-Bot, and it also has a number of sensors – front and back touch sensor, light and sound sensor, which can be programmed. For example you can turn the car lights on when it goes through a tunnel, or program the car to reverse when it hits an obstacle.

For more ideas and guides see:

How to use light and sound sensors video: https://www.youtube.com/watch?v=oG9JEtXqy5o